Hearing the call to plant

How do you know if you’ve been called to plant or go to a particular place? Well, God speaks in different ways to different people. Here’s how he spoke to us.

I first heard about church planting at HTB where I worshipped and then joined as a staff member in 1990. John Wimber spoke at a leadership conference there and by the end of that week I was left with a clear thought that he was calling me to plant churches. I didn’t know what that meant then, and I still don’t completely know what that means today, but from that moment I had a strong desire to start and lead new churches and see that happen many times. 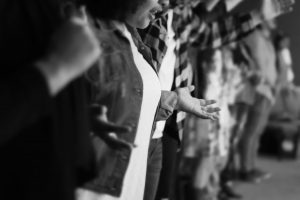 I was co-leading an HTB pastorate (a mid-week group of about 30 people) which had planted from Nicky & Pippa Gumbel’s group and went on to plant several times – growing through invitations friends and helping on Alpha courses, developing leaders and sending them with small teams to lead Alpha groups that then became pastorates. Seem of those groups planted themselves too.

I went to Anglican theological college and returned to HTB to serve for 9 years in various capacities. I helped the church to recruit new leaders and redeploy staff after church plants went out over that time and often visited potential plants as a “scout”. Meanwhile, my wife, Louie, and I asked each time, is this the one for us? Each time it was no, not yet!

In 2003, Sandy Millar, vicar of HTB, invited us to explore a church in North London. We reluctantly went to an area unfamiliar to us in many ways – geographically, socially, demographically, spiritually. As we walked the streets of that parish, we faced our fears, accepted our weaknesses, and came to a place of openness before God. Once we felt we were fully surrendered to the opportunity, we had a strong sense that this was not the place for us and told Sandy this. Back to the drawing board!

In 2004, I was invited by Sandy to scout out another church, St Paul’s Shadwell in East London. My first thought on visiting was “here is an amazing opportunity for someone to plant into”. What I meant was “someone else”! Sandy asked us to consider it and Louie and I visited it together. We both felt “no, this is not for us”. But Sandy kept asking “have you decided yet?” We kept saying, “yes, it’s not for us”, but that didn’t stop him asking what must have been 4-5 times!

In the end, we decided to fast and pray. I was away for a few days and we agreed to journal separately. When I returned, we sat down at our kitchen table, compared our journals and found that God had directed us to the same Scriptures, each addressing our specific fears and objections (of which there were many, most of them suppressed!). We wept together and prayed, knowing that God was calling us to go to a place that was exciting and daunting, full of potential and opportunity, yet away from our families, friendship circles, places of security and familiarity.

Louie felt God speak to her directly: “I know the sacrifice it will be for you. I will look after your children.” These we’re words she needed to here and, having hear stem, felt she could take the risk required to go into the unknown. I felt that the calling about planting since 1990, along with a whole range of little thoughts about planting eastwards that I remembered through the years, and the need to plant in this particular place, all lined up in an irrefutable set of reasons to go.

So we talked to Sandy – I think he must have thought, “at last, they’ve made up their mind!” – and within a month it was being announced to the churches and preparations began to be made for gathering a team and launching our plant.

The first few years of the plant were extremely challenging in many ways and, if we had not had such a clear call, I think we would have given up. But, he did call us; he did assure us that he was with us; and that he understood us; and that where he calls, he equips; and we have known his presence, and his equipping, every day since we started, all those years ago.

We can all
play our part!